Stellar Award nominated and Red Alliance Media gospel group, Charles Butler & Trinity, has become one of the most promising gospel virtuosos in the country. Their signature sound infuses traditional and contemporary gospel music that has presented the Washington, DC, based ensemble with infinite opportunities to spread the message of God’s unchanging love for the world. In 2016, Trinity released their sophomore project Make It, which debuted at #2 on Billboard Top Gospel Albums Chart, #2 on iTunes Christian & Gospel Chart, maintained a top 15 position on Billboard Top Gospel Albums Chart for over 16 weeks, and maintained a top 30 position on the Gospel Airplay Chart for over 18 weeks. In 2017, this album was nominated for two Stellar Gospel Music Awards, Choir of the Year and Contemporary Choir of the Year.  After the success of the last album, Butler decided he could no longer encourage people to make it and not make it himself. Butler has taken on a personal quest to become a more fit and healthy gospel artist. This caused him to start a massive weight loss campaign, which has proven to be another accomplishment to add to the singer’s string of successes, as today he stands over 200 lbs. slimmer through the natural course of a well-balanced diet, exercise, and medical supervision.

In 2017, The Blood Experience was released on all digital outlets. The third installment received admirable success, debuting at No. 2 on Billboard’s Top Gospel Albums Chart and Top 5 on Christian Gospel Albums Chart. In 2018, this album was nominated for a Stellar Gospel Music Award for Traditional Choir of the Year. In 2019, Charles Butler inked a deal with Red Alliance Media/Fair Trade to record new music. April 3, 2020, the group released a fun 90s vibe single "By My Spirit" featuring Coko of chart-topping R&B group SWV that has been uplifting and encouraging, especially during the global pandemic. Later in 2020, the group recorded and released “The Good News”, which debuted as the #1 Gospel album on Billboard Gospel for 2 consecutive weeks. This album was the first project on the new label “Impact One Music”. All the proceeds from the album go towards feeding the homeless and community in the DMV area. "The Good News" was recognized by Billboard as one of the Top 50 Gospel Albums of 2021. 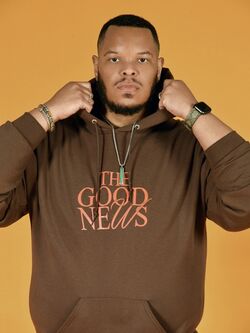